Meet Our Instuctors | The Music Garden 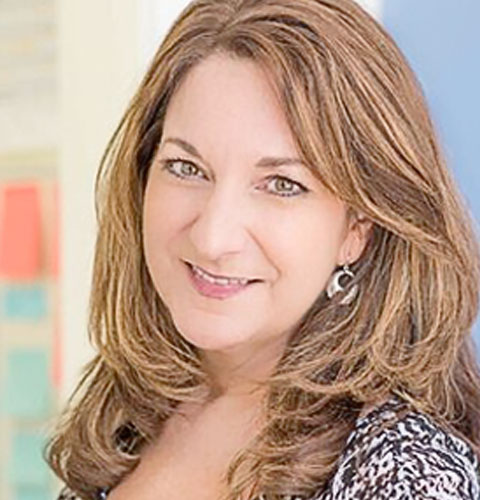 Luanne Harms has had a life full of music within her family, church, and school, Luanne majored in voice and piano and received her Bachelor Degree in Music Education from Wichita State University in 1987. She has been a music teacher in both public and private schools ranging in ages from preschool to high school, and has served as high school choir director. She has taught piano and voice lessons both in the private and group format for over 30 years.
View Luanne's full bio page. 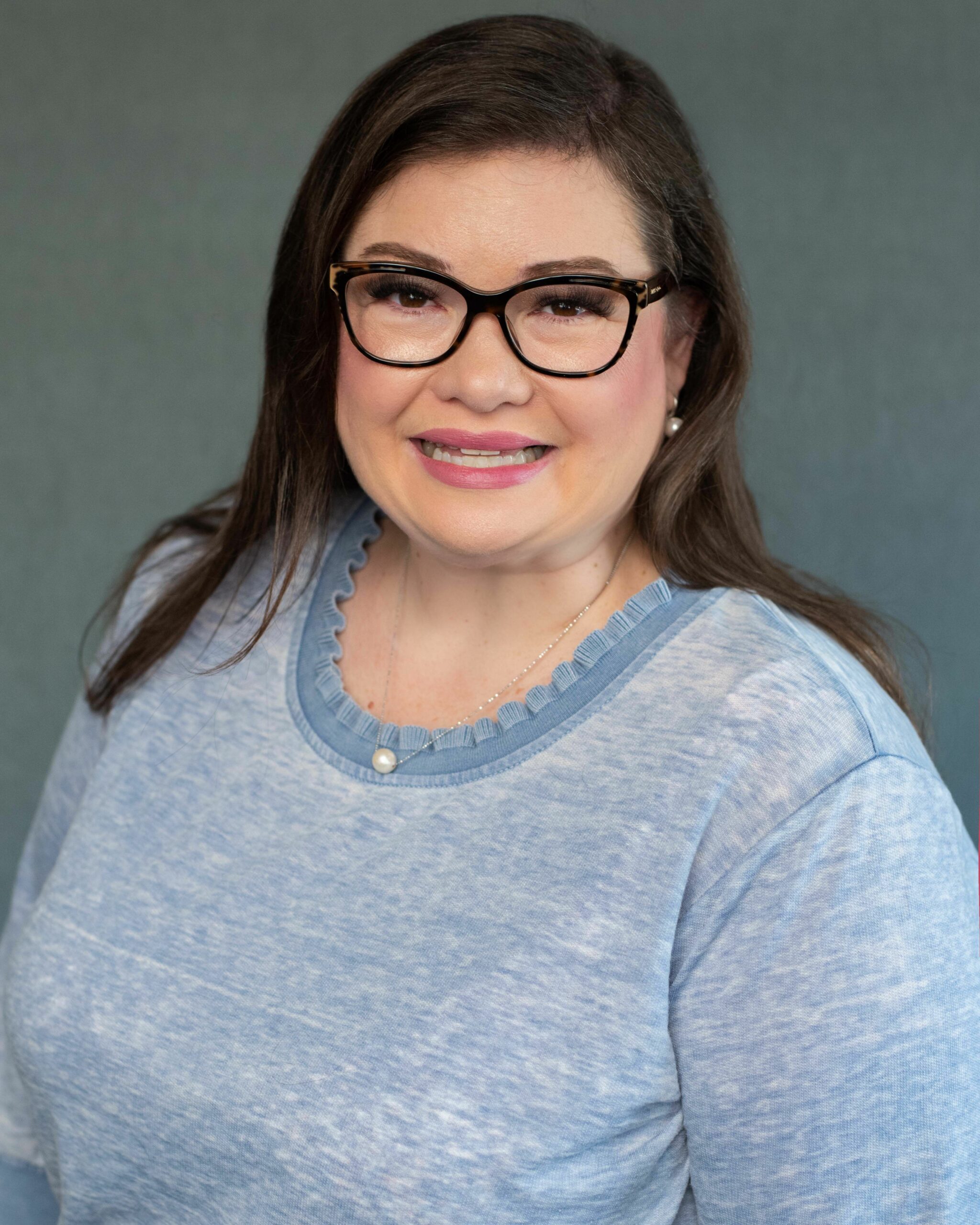 Jessica Davis began playing the piano at age five and the flute at age eleven. She received her Bachelor of Music in Flute Performance from Clayton State University in 2002. Jessica's love of early childhood music education began when she studied the Music Learning Theory with Dr. Edwin Gordon at the University of South Carolina. She started her music education career in 2000 as a certified Kindermusik instructor. She has been a sought after piano and flute teacher in Henry County for more than 20 years and serves as music director for the Henry County Arts Alliance Summer Arts Camp. Jessica is also very active with local theaters as both an actor and a music director. She lives in McDonough with her husband Lee. She is thrilled to be joining The Music Garden and looks forward to sharing her love for music. 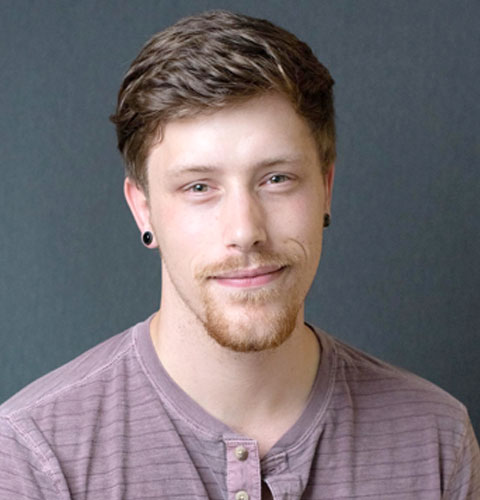 Jack Gordy is a multi-instrumentalist who studied business and music theory at West Georgia Tech and the university of West Georgia. He specializes in stringed instruments and has had experience with percussion, brass, electronic, and wind as well. He has over three years of studio experience where he has learned to record/produce music for artists and has played live performances at venues in the surrounding Atlanta area as well as other states and cities. He's performed as a guitarists for many musical projects over the years and has not only taught instrumental work but also, he shows others how to record and produce the music they create. 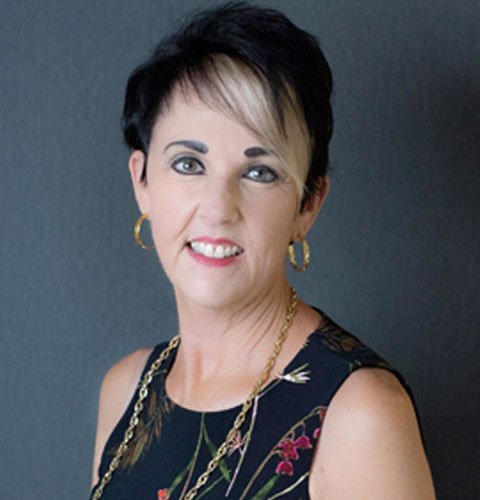 Sally Zervakos-Nicewander is a lifelong singer and pianist. Her career began as a church pianist at the age of 12. Sally attended Shorter College in Rome, Georgia on scholarship in both voice and piano, where she earned a Bachelor's degree in Music Education. After graduation, she became a certified Yamaha Music Educator and worked for several years at the YMES School in Woodstock, Georgia. Sally spent many years teaching K - 12, teaching general music, chorus, band and orchestra, in the Fulton County School System. Most recently, Sally served as music director and accompanist for musicals at Forsyth Academy of the Performing Arts. Through the years, Sally continued her commitment to private instruction in voice and piano, equipping all her students with a strong foundation in classical repertoire. Her teaching technique is rooted in solfege, ear-training, theory proficiency and self-expression. Sally passionately believes in music as a universal language and bridge to communication for all people. She has three grown daughters, Elizabeth, Rachel and Danielle. Sally and Art Nicewander reside in Molena, Georgia. In her spare time, Sally serves as soloist and pianist for her church, acts in local theater productions and cares for her English Bulldog, Buttercup and her Akita, Takara. She is delighted in becoming a grandma to baby Victoria! 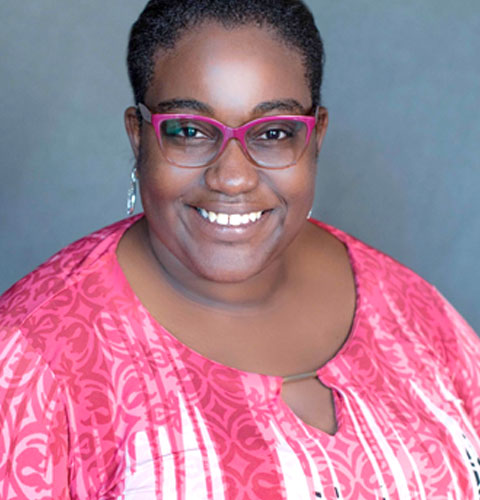 Michelle Thomas has just concluded her fifth year as Assistant Band Director at McIntosh High School in Peachtree City Georgia and has left to focus her attention on her PhD in music education. Mrs. Thomas is a native of Peachtree City and alumna of McIntosh High School. She holds a Bachelor’s and Master’s degree in Music Education from Jacksonville State University in Jacksonville, Alabama. ​During her career Mrs. Thomas has served as a percussion instructor for Weaver High school and McIntosh High School. She has taught private lessons in trombone, percussion, and euphonium for many years. Mrs. Thomas has performed as a Marching Southerner, Symphonic band, and A Cappella choir member. She currently performs with the Peachtree Wind Ensemble and the Peachtree Wind Ensemble Brass Quintet.

She would like to thank her family, friends and husband for always being her support system. She is happy to have joined the teaching staff at The Music Garden and is looking forward to sharing her talents as an educator and musician with her students. 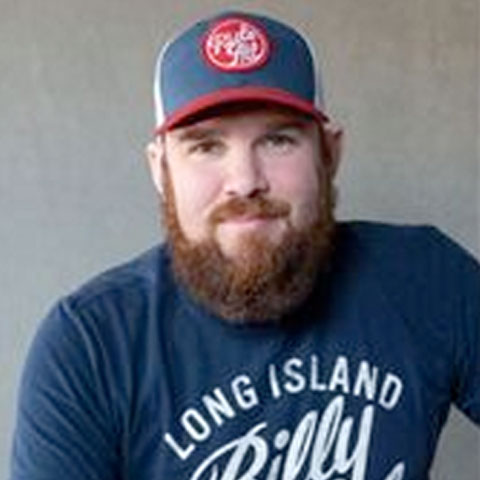 Brandon Bolton was born into a very musical family. “From a very young age some of my fondest memories were watching my grandfather and uncle playing guitar while my grandmother and mother would sing. My grandfather was a professional musician as well as one of my biggest influences throughout my musical career”. Brandon began playing guitar at 16 and began playing professionally at the age of 18, averaging four bookings per week. At the age of 21, while touring with a Columbia Record's artist in Chattanooga, TN, he visited the Atlanta Institute Of Music and became inspired to pursue a music degree. Upon graduation, he relocated back to Nashville to pursue a music career. Brandon became involved in business management in various music studios throughout the south. Throughout the years, he built a solid teaching career and has developed a loyal student base. In 2018, Brandon moved back home to Lawrenceville, GA and began teaching guitar lessons full time to 70+ students per week. Brandon's teaching, touring, studio, and business management experience make him a welcome addition to The Music Garden family! 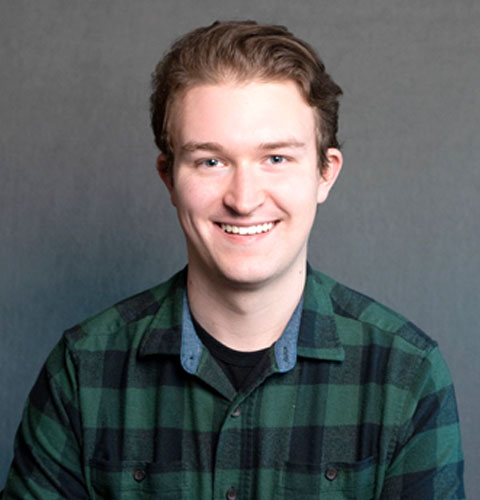 Joel Gillespie is a multi-instrumentalist who began playing percussion at age 10. As he became more advanced musically, he found a love for singing and other instruments as well. He received his Bachelor of Music from Youngstown State University in 2018. There, he studied percussion, recording, and voice. Joel has been instructing percussion groups and teaching private lessons in percussion and guitar since 2013 and he has performed in a wide range of instrumental and vocal ensembles. Out of all the music he plays, he most enjoys leading worship at his church, where he serves as the Worship Pastor. As interested in music as Joel is, he is most passionate about the effect music can have on a person’s life. Music can move someone in ways nothing else can, and he aspires to pass that along to his students at The Music Garden. 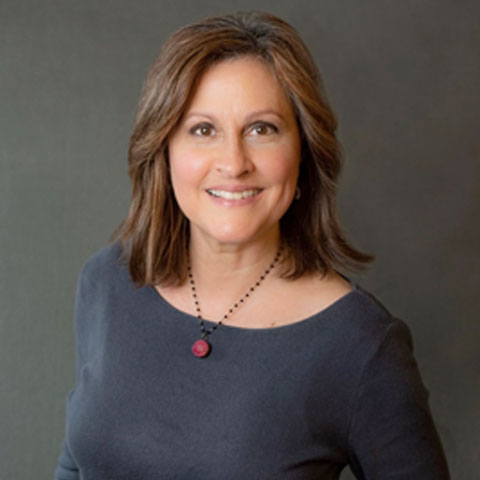 Lane McDuffie teaches beginning to intermediate guitar and ukulele lessons and is excited to be a part of The Music Garden! Lane is a Georgia native and grew up in a musical family, playing saxophone in the school band, and learned guitar from her mother. She has a B.A. from Emory University (in History) and studied classical guitar as a music student at Clayton State under the guidance of Dr William Hearn. She also received certificates of achievement, with honors, through the Royal Conservatory of Music in Toronto. She has performed at weddings and with the Atlanta Guitar Orchestra. In addition to being a classical guitarist, Lane enjoys playing and teaching various styles of music. She has a passion for teaching, and is always learning from her students too. She has been been giving private lessons since 2011 and has experience in both private and group settings. She is a member of the South Metro Atlanta Teachers Association and Suzuki of the Americas. Lane has 2 grown sons and 2 dogs. 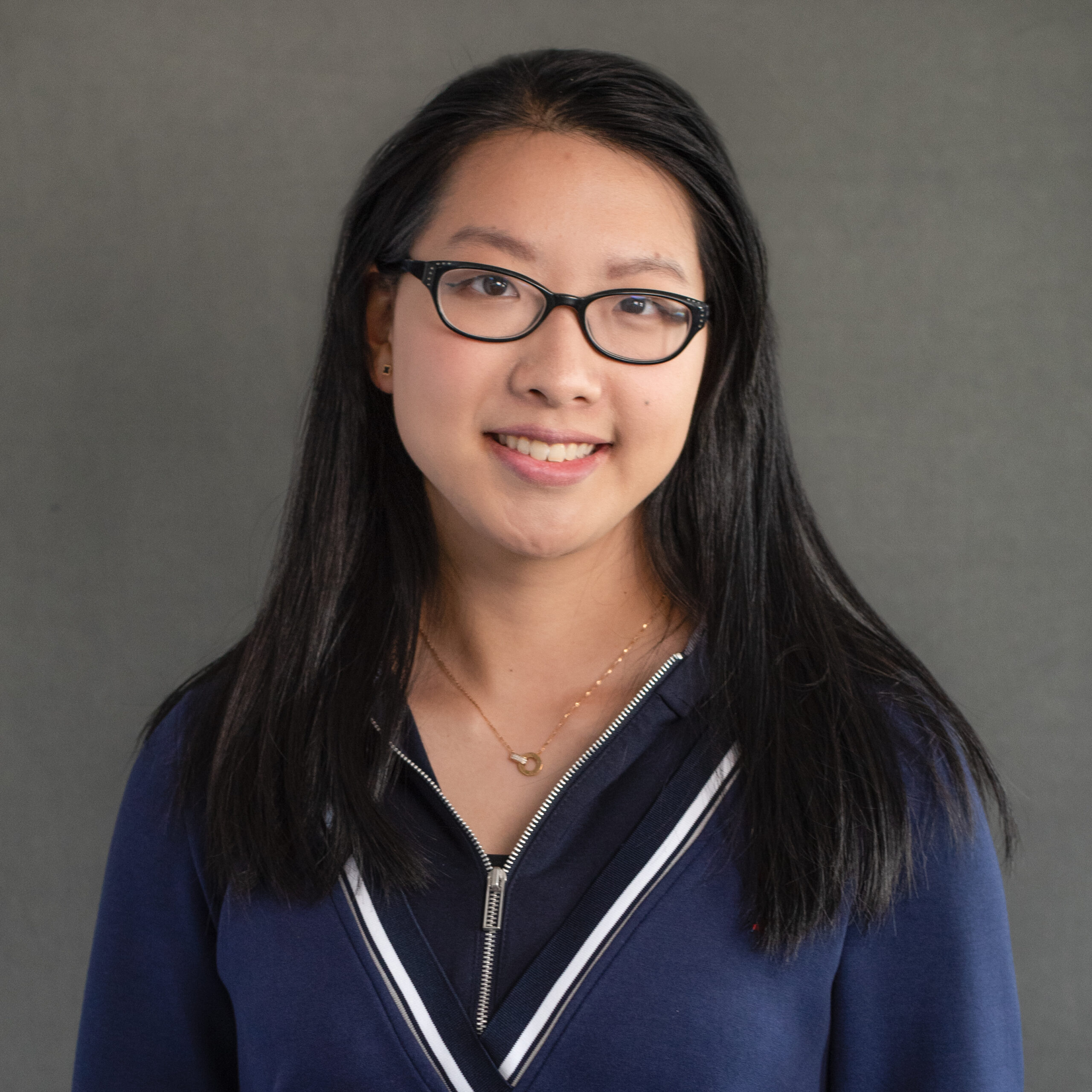 Zhishan Zhang has been playing piano since the age of 4. She has a Bachelor’s degree of Music in piano performance that emphasizes on piano pedagogy. She was a teacher of piano for three years during her undergraduate studies at the University of West Georgia. She is currently studying for her Master's degree at Georgia State University in Atlanta. Zhishan is passionate about music and teaching music. Her goal is not only to teach students how to play but also help students establish a routine, harvest the ability to challenge themselves, and help them reach their full potential. 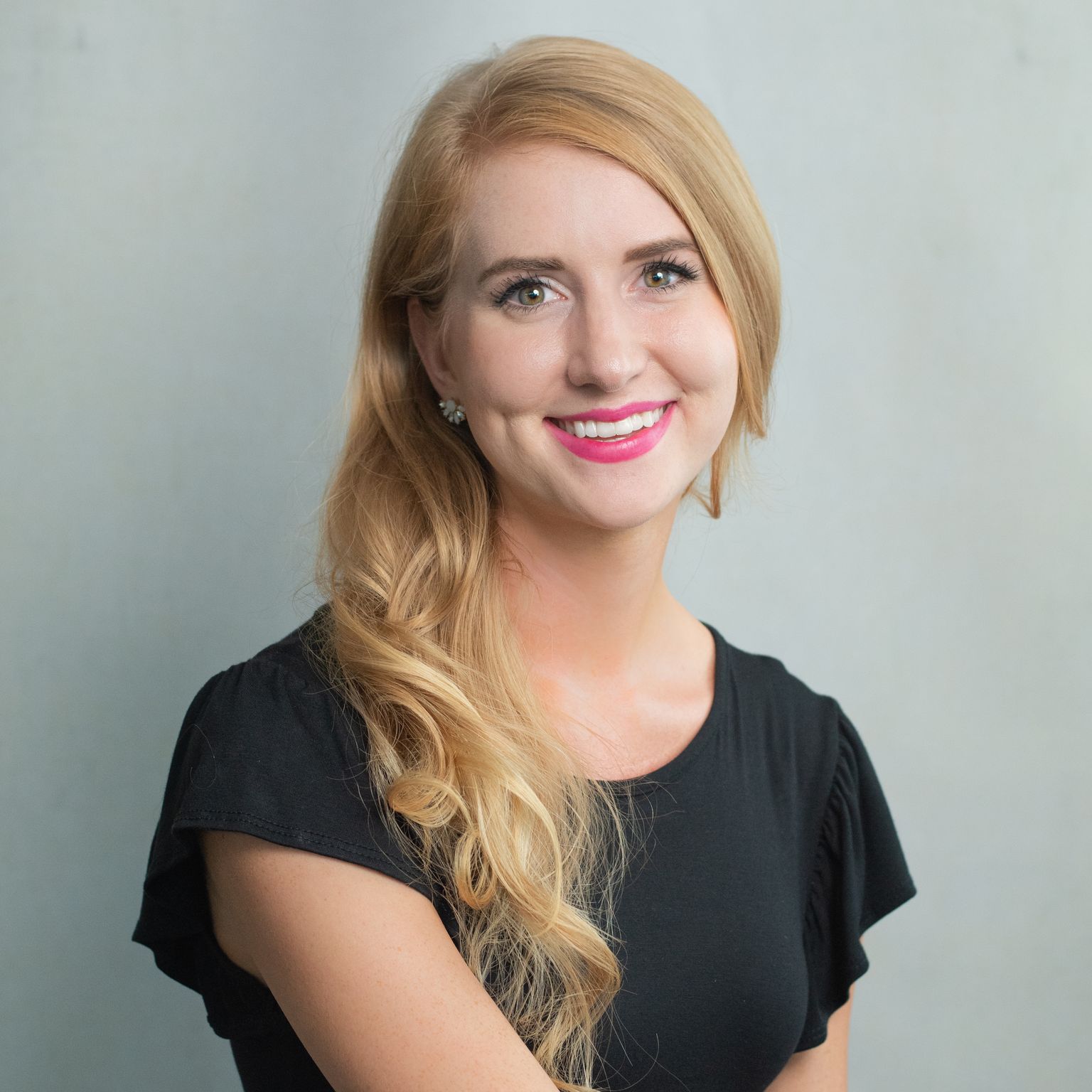 Sarah Buttram has been involved in music her entire life and truly loves it. Sarah attended Georgia State University and received her Bachelor’s degree in Choral and General Music Education with piano as her main instrument. Piano has been a part of her life since a very young age and she enjoys teaching piano lessons to all ages. She has been singing since she was four and has participated in numerous choral events and has traveled to different states in a church singing group. Through the years, Sarah has been a piano accompanist and vocalist for many churches and choirs. Sarah believes that music is a beautiful gift and is very passionate about teaching music and sharing it with others! 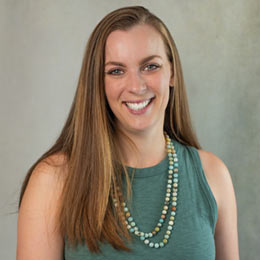 Rachel Gianelloni is a lifelong musician. She grew up immersed in music and began playing the piano at home as a young child, then studied privately for 9 years. At the age of 10, she was offered a position in Mobile Singing Children’s prestigious, invitation-only concert choir and discovered the joy of making music with others. From there, her love of music has grown and expanded. Throughout the years, she taught herself to play both the flute and guitar, participated in several musical groups and choirs, and to this day makes continued musical study, practice, and education a part of daily life. She believes that playing and sharing music is a rich, beautiful gift! One of Rachel’s other passions is early childhood education- she spent 7 years teaching preschool and developing a dynamic, creative, hands-on, play-based classroom. She is thrilled to be at The Music Garden, where she can combine her passion for music with her love for children. She believes that music is one of the deepest, most profound joys in life and that it should be shared with everyone! 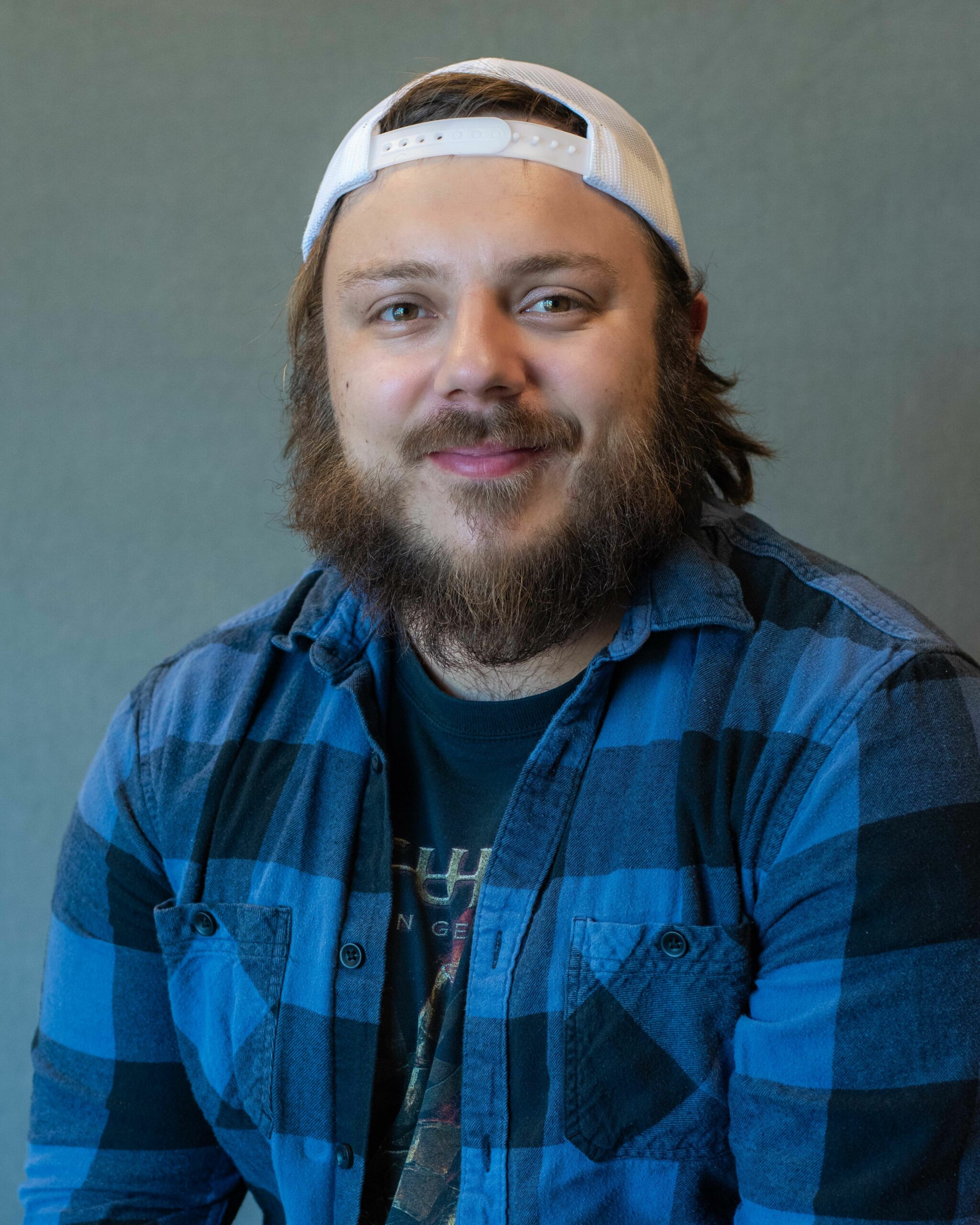 Frank van de Merwe grew up in a family that loved music so he was of course drawn to the same love at an early age. He started his musical journey by learning a chord on his father’s guitar and after that he couldn’t put it down!

Growing up and living in Australia, Frank moved to the US four years ago. He has played many different styles and experienced countless venues and genres. He has played on worship teams, with road bands, and in recording studios. When Frank isn’t teaching, he is recording and producing his own music in his home studio.

Frank has always found himself surrounded by music..performing, listening, and teaching. He is excited to make a difference in the Peachtree City / Atlanta area by sharing his passion and skill with students of The Music Garden. 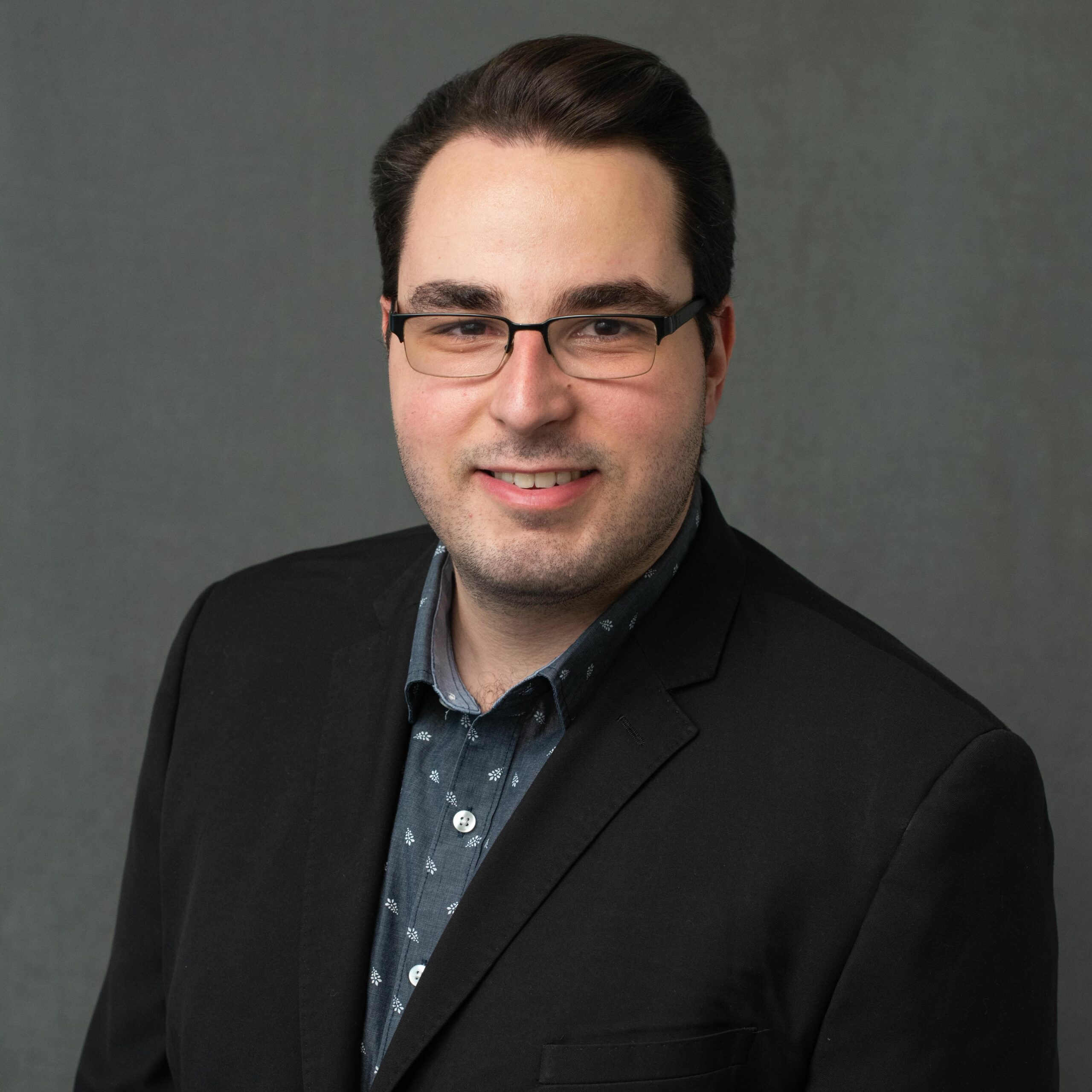 Born and raised in France, Bastien Millo is a orchestral and choral conductor and also a pianist, organist, flautist and vocalist. He graduated from the conservatory of Arpajon in 2015. During his studies at the conservatory, he had the opportunity to perform with the professional Symphonic Orchestra Divertimento. It is, when watching the conductor, that Bastien knew he wanted to follow the same path in his life. Bastien pursued his undergraduate studies at Houston Baptist University. As an undergraduate student, he had the opportunities to conduct a variety of ensembles, from the Houston Civic Symphony orchestra to the HBU University Choir, and also church choirs. Being able to conduct different level of ensemble taught Bastien the sense of always adapting his conducting to the ensemble. Bastien also started his own piano studio which enrolled 30 students by 2020.

Bastien obtained his Bachelor of Arts degree in piano performance in May 2020. Bastien is now a second-year master’s student at Mercer University in instrumental conducting. He has been studying conducting with one of the pupils of Pierre Monteux, Maestro Adrian Gnam. Since July 2021 Bastien became the conductor of the Middle Georgia Flute Choir. Bastien is excited to bring his talents to The Music Garden and make an impact on the students here.

Enter your name and email address below to receive The Music Garden email updates.